The only replacement for a DC-3 is another DC-3 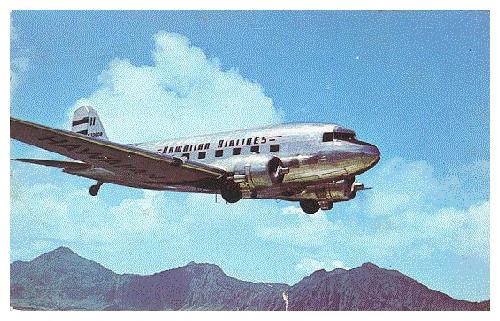 The DC-3 . . . probably the most famous of all airliners. There can never be another like it, and she just refuses to grow old.

Could Boeing feel a perverse pride in sparking the birth of the Douglas DC-3?

In 1932 Boeing was under contract to deliver sixty of their model 247 aircraft to United Airlines. TWA, United's main rival, also wanted to modernize their fleet with the all-metal 247, but Boeing refused the order. It turns out that United Airlines owned Boeing! United was quite unwilling to let Boeing strengthen TWA's position by supplying them the 247.

Rebuffed, TWA submitted specifications to industry for their "ideal airliner," a Tri-motor aircraft, looking for a manufacturer to design and build the first model at their own expense. The lure was a promise of follow-on purchases. The Douglas Aircraft Company, located at Clover Field in Santa Monica, California, responded with the Douglas Commercial-1, a twelve-passenger, twin-engine aircraft with performance exceeding the specifications. Douglas built only one DC-1.

On July 1st, 1933, the Douglas DC-1 made its first successful flight. TWA evaluated the DC-1 and additional requirements resulted in the fourteen-seat DC-2, fitted with more-powerful engines. The DC-2 made its maiden flight on May 11th, 1934, and 108 were produced. In 1934 the DC-2 set a record-shattering coast-to-coast time of 13 hrs, 4 min.

The DC-3 incorporated all of the technological advances of the mid-1930s; reliable, high-power air-cooled piston engines; variable-pitch metal propellers; retractable landing gear; duraluminum-alloy fuselage and wings; and the electronic autopilot.

Two 1,200-horsepower Pratt & Whitney engines powered the DC-3 and it cruised at a remarkable 145 knots at altitudes of up to 10,000 feet. It carried twenty-one passengers in an unpressurized cabin, over a non-stop distance of 700 miles, and it flew passengers at one-half the cost of its predecessors.

The DC-3 made its first flight on 17 December 1935, the 32nd anniversary to the day of the Wright Brothers' first flight.

Although TWA initiated the development of the aircraft, American Airlines officially accepted the first DC-3 in April 1936. The transaction was closed in Phoenix, Arizona, to avoid paying California sales tax where the aircraft had been built.

In September of 1936 American Airlines introduced DC-3 flights between Newark, N.J., and Glendale, California. Gate-to-gate time was 17 hours with only three stops. Previously, that route required nine stops and 23 hours.

Five years after its appearance, the DC-3 carried over eighty percent of U.S. domestic airline passengers, due in part to its strong safety record. In all, nearly twelve thousand civilian and military DC-3s were built.

The pilots who flew this extraordinary machine called her the "Dizzy Three," or "Old Methuselah," or "Placid Plodder,"" or "Dowager Duchess." Today, however, pilots everywhere refer to her with great affection as the "Gooney Bird."

"She had but one gait. She was noisy. Her wing-tips flapped. And her cockpit leaked. But she'd get you there." (Pan Am)

C-47s contributed so strongly to the U.S. effort in World War II that General Eisenhower considered them to be one of the four most significant weapons of the War.